Fresh, clean drinking water is in short supply in many places and the situation is getting worse. Yet 8 out 10 of us live within 20 miles of the sea.

The process of desalination is rather expensive, energy intensive and has other environmental impact issues, but there are other sources to power the process and ways of addressing these problems – such as better utilizing the wind as a power source.

Sir Charles Madden wrote to me recently about such a project he’s heading via an Australian company called Windwater Pty Ltd.

Using the power of the wind and vapour compression desalination instead of reverse osmosis, Charles has demonstrated a very viable means of sourcing potable water from the ocean, both on a small and large scale without the expense, energy consumption and saline waste footprint of reverse osmosis.

Micro desalination transferring the power of the wind directly to the vapor compressor; Up to 14,000 litres/day, 8,000 litres/day average. Fresh water from 0.14c per litre. These units can be installed or moved by one suitably equipped person. 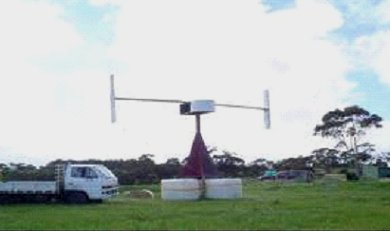 The benefits of vapor compression over reverse osmosis according to Charles are:

One of the challenges of large scale desalination is what to do with all that salt. Dumping it in shallow areas has been shown to negatively affect local marine ecosystem, so what Charles is proposing is small wind powered units called “Water Boatman” being moored in deep water with good currents would allow the salt to be safely dispersed in the sea. 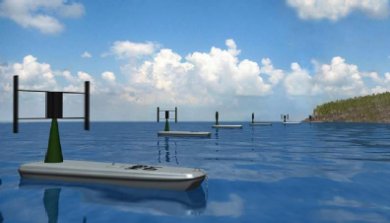 A huge undertaking like the Water Boatman project requires substantial cash to get up and running properly, so Charles is looking for backers and joint venture partners. If you’d like to learn more about WindWater and the Water Boatman concept, you can contact Sir Charles via:

Please note: my piece on Sir Charles’ project is not a recommendation to invest and any potential investor should exercise due diligence.