Clean coal  is a term you’re likely to hearing a lot of. To some it iswhat it says; a real solution to environmental issues related to coal use, toothers it’s an oxymoron; i.e. coal can never be clean.

Clean coal is created through a variety of processes including:

Removes some impurities from the fossil fuel, which helps it to burn moreefficiently.

Instead of the coal being burned, it reacts with oxygen and steam to create”syngas” that is primarily composed of hydrogen which can then beburned in a gas turbine.

A solution of limestone and water is sprayed in the flue which reacts withsulphur dioxide (SO2) to create gypsum; which can then be used for constructionpurposes.

An electrical field charges particles that are then deposited on collectionplates or fabric filters can also be used to remove particles.

What about the carbon dioxide emissions?

For the clean coal industry, one of the big challenges is dealing with carbondioxide emissions and most favor carbon sequestration.

The sequestration aspect of carbon dioxide, a major contributor to globalwarming, is still very much untested on a large scale and the long termramifications unknown.

Various sequestration methods are being considered and trialed. These includeocean sequestration whereby carbon dioxide is injected deep into the sea. Thisraises concerns with some environmentalists, particularly given that our oceansare already saturated in CO2 to a point some are becoming acidic.

Another method is geological sequestration where the carbon dioxide is pumpedinto underground chambers such as old oil reservoirs and aquifers. Will it staywhere it’s pumped? TheLake Nyos disaster that killed around 1,700 people and 3,500 livestocksuggests perhaps not.

Then there are the challenges of liquefying and transporting the carbondioxide to the sequestration sites. More energy, more complications.

It’s great to see serious moves to make coal “cleaner” – but itwill never be clean in my opinion and shouldn’t be touted as such. It givespeople a somewhat false impression and may encourage excessive consumption.

Aside from the impacts from the actual use of the fossil fuel, there’s also theterrible environmental damage wrought by coal mining – the release of methaneduring the mining process, interference with groundwater, dust thrown into theatmosphere and the destruction of what was once fertile land. No matter howclean coal is made, those issues are unlikely to change. 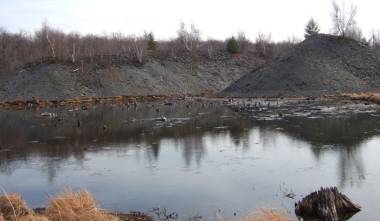 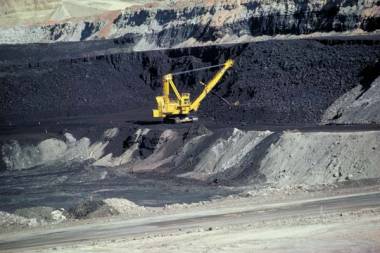 As mentioned, the processes to make clean coal are energy intensive and thisrequires more coal to be mined and burned. In this respect, it’s a great thingfor the coal mining industry and shareholders rather than the burden that somemake it out to be; but this also means even more of our planet being strippedand gouged to mine the stuff and more streams poisoned from mining operations.

It also means increased water usage during power generation and more in theway of toxic byproducts such as lead and arsenic in fly ash. Additionally, lowemissions coal technologies do nothing to prevent mercuryemissions – and the coal fired power generation industry is already thelargest single contributor to airborne mercury emissions in the world.

Clean coal also doesn’t mean the continuation of cheap energy. The added costsof creating low emissions coal will be worn by the consumer – and in a big way. Accordingto a recent report from the Global Carbon Capture and Storage Institute thecosts will be as much as 78% on top of normal electricity rates.

Given all this, does it make sense to keep viewing coal a long termproposition?

The issue of coal is huge; it’s as important as oil; perhaps even more so.Around 39% of electricity is generated from coal fired power stations globallyand approximately 70% of global steel production depends on coal. It’s one ofthe world’s most abundant fossil fuel resources and relatively easy to mine.

We like things easy. Business and governments like energy sources thatmakes individuals dependent. In that respect, coal is a wonderful control tool.

While we won’t be able to do without coal in the immediate future, amajor concern is there’s no slowdown in sight for coal consumption either. Infact, The International Energy Agency predicted a 43% increase in its use from2000 to 2020. However, it has been encouraging in recent times to seeingquestions being raised and the coal industry’s marketing spin torn down to thepoint that some regions are not allowing new coal fired power generationstations to be constructed.

Still, the consumption of coal overall is increasing. Will “cleancoal” technology be available in time to help prevent catastrophic climatechange from occurring or at least somewhat limiting the effects? The GlobalCarbon Capture and Storage Institute report mentioned earlier states that cleancoal technologies will not be commercially viable for another 20 years. Even ifit were viable much sooner, would low emissions coal technologies offset thevarious known and unknown effects created by such a huge forecasted increase inconsumption?

Learning about the various challenges of clean coal technologies continuallybrings me back to better use of the great thermonuclear reactor in the sky – thesun; solarpower, and the byproduct of the sun’s energy, wind power.

It’s also important for us to remember that the greenest watt isn’t generatedby solar or wind power – and certainly isn’t by “clean coal” or nuclear either.It’s the one that doesn’t have to be created; i.e. energy efficiency.

This is where most of us have some power to effect positive change. We canall play a role in energy efficiency, even while our collective energy future is pretty muchbeing decided for us by others. Pick up some simpletips for saving electricity.