I love this time of the year, especially after the colder months – winter is just so bleak. I especially appreciate watching much in nature spring into life – trees, animals, even the insects.

There’s been plenty of activity in our neck of the woods animal-wise over the last few weeks including birds I’ve never seen before that I’m still yet to identify. I’m seeing some other much loved animals return, or at least become more visible again. These tawny frogmouths I spotted this morning are an interesting example: 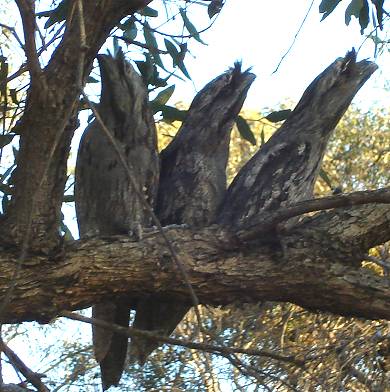 I first saw these guys back in December last year – each time they would be in exactly the same place and striking the same group pose. Then they disappeared; but reappeared this morning – same tree, same branch and same position along the branch; but only three birds instead of four. Still, it’s great to see these tawny frogmouths again; an amazing creature.

A couple of days ago, I had a visitor in my office – a blackbird fledgling. He wasn’t really happy being inside: 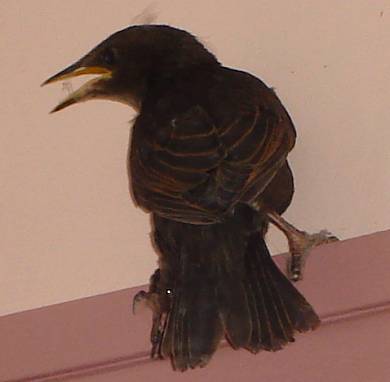 .. but even though the door to the yard was open wide, he seemed to be hell bent on bouncing off the walls for about 5 minutes until I managed to get him out; relatively unscathed. Gutsy birds, but blackbirds aren’t big on common sense :).

Then there’s our beloved kangaroos I often mention. Kangaroos breed all year round if conditions are favorable. It was nice to catch this pic of a very large buck and a doe together; you can see the doe has a sizeable joey in her pouch. 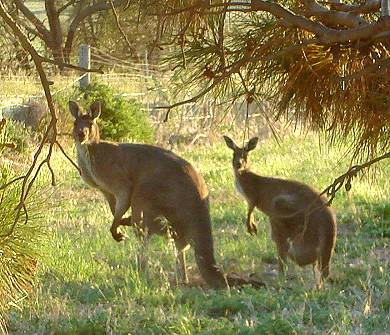 Unfortunately I couldn’t coax her to pose a little better for the camera so I could capture the joey’s face :). One of the other joeys was out and about a little bit later, but I didn’t want to get too close so unfortunately this didn’t turn out too well. Very cute creatures. 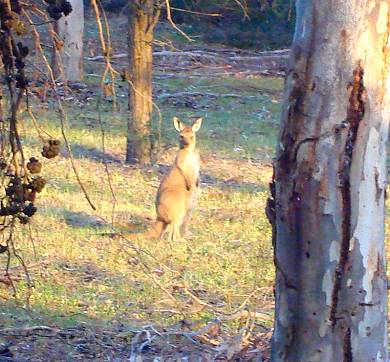 Trying to photograph animals gives me a special respect for experienced nature photographers. None of the photos I take ever seem to give justice to the beauty of the subject or captures what I see. It’s a real skill and art; one I look forward to learning at some point.