If a company deliberately holds back the implementation of a product they’ve developed that could provide substantial energy savings to the world – should there be severe legal consequences?

You’ve probably heard stories about companies buying up patents for all sorts of revolutionary products and then sticking the patents on a shelf, purely so no-one else can use them as it’s a threat to their existing business. Some of the rumors are likely false, but here’s a scenario I came across that seems to be the real deal.

Compact Fluorescent Lamps (CFL’s) have brought about a revolution in energy saving in lighting. Incandescent bulbs use most of their energy in creating heat rather than light, whereas most of the electricity that runs through a CFL bulb is converted to light. For example, a 15w CFL can produce the equivalent light of a 75w incandescent bulb. That’s a huge difference, particular when you consider how many billions of incandescent globes are still currently being used. Sanity is beginning to prevail and some countries are announcing a phasing out of incandescent bulbs in favor of CFL and LED lighting. 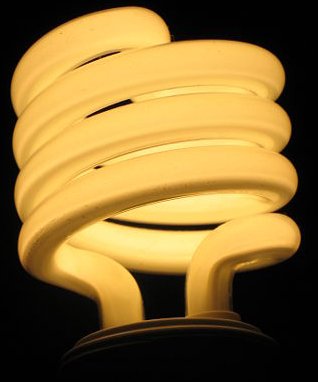 The invention of the CFL bulb.
Kept in the dark for too long?

We tend to think of the CFL as a new innovation, but it was actually invented in 1976 by Ed Hammer who was working for General Electric. GE thought it was a good idea, but the story goes that as it was going to cost around 25 million dollars to implement production facilities, they put the idea on the backburner.

25 million bucks is a lot of money to you and me, particular back in 1975 – but this is General Electric. In 1976, General Electric spent $2.2 *billion* to acquire Utah International – mineral mining concern and producer of natural gas and oil. Yet they couldn’t afford a lousy 25 million dollars to get the CFL onto the market? This was/is a wildly profitable company and 25 million seems like loose change to me.

It wasn’t surprising to learn that General Electric apparently also had a lot invested in incandescent light bulb manufacture at the time.

It makes you wonder how much electricity could have been saved world-wide if GE brought the CFL to market soon after its invention. Development and refinement would have occurred faster and the popularity we see for CFL bulbs today may have been experienced sooner. How many gigawatts of electricity could have been saved? How much less carbon dioxide and other pollutants might have been belched into our atmosphere through this invention being introduced more rapidly? The mind boggles.

Thankfully, the design of the CFL leaked out and it was introduced globally by other companies in the early 1980s. If it hadn’t, it makes you wonder how much longer this very important energy saving product would have been gathering dust at General Electric.

Given the state of the environment and the threat of global warming, I strongly feel that these powerful companies who hold back on releasing such inventions should be made accountable. If they can’t afford to bring it to market as the case supposedly was with General Electric and the CFL, they should make every effort to partner with a company who can. The future of humanity now depends on innovation followed by speedy release to market. Failure to do so just about borders on a crime against humanity.