A couple of months back I wrote about cheaper solar panels being developed at Colorado State University; but these used cadmium telluride instead of crystalline silicon and were still very much in the research and development stage.

The company states they will be the first solar manufacturer capable of profitably selling solar panels at as little as 99c a watt, making the cost to the end consumer somewhere around the $2 mark. Currently solar panels cost anywhere up to $8 per watt. At the pricing that NanoSolar claims, it will make solar power competitive with coal fired electricity generation. 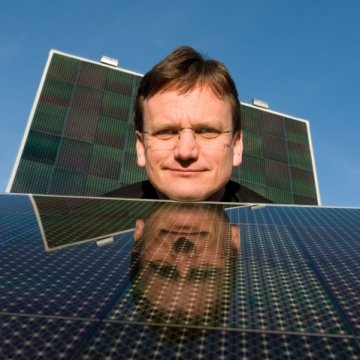 Much of the cost of solar panels is due to the amount of high-grade silicon required, which is expensive and in short supply. Nanosolar’s thin-film solar cells still use silicon, but are 100 times thinner and much lighter than cells currently in use. In fact, they can be thin and flexible enough to apply to a roof like a sticker.

NanoSolar prints the photovoltaic material onto aluminum backing and Mr Roscheisen states NanoSolar’s product is the highest-current thin-film solar panel capable of delivering five times the current of any other thin-film panel.

The first Nanosolar panels are destined for a one-megawatt solar plant to be installed in Germany. Unfortunately, NanoSolar are already sold out for the next 12 months and I’m not sure if they’ll be selling ordinary consumer sized panels, or just supplying other manufacturers. Let’s hope they can crank up production capacity soon!