Repurposing, also known as reusing, is the second most important action of the green 3 R’s – Reduce, Reuse, Recycle.

Somewhere stashed in a drawer, I have a selection of ties and I’d be quite happy if they never saw the light of day again; for their intended function anyway.

No offence intended to anyone who actually likes to wear them, but if ever a piece of clothing was a purposeless waste of resources, it’s the neck tie in my opinion. I find it hard to believe I used to wear one day in and day out, even during summer; such is the influence of corporate fashion and old school attitudes.

I think most men who spend much of their lives in office jobs tend to accumulate a pile of ties – and some only get worn once or twice, fashion (planned obsolescence) being such a fickle thing. They are also easy and relatively cheap gifts to give; but gifts that may sometimes not appeal.

If the necktie isn’t used, it will often wind up like my small collection – buried in the deep recesses of a drawer; just in case they are needed again – but how many ties does a non-necktie wearing person need? Probably just one.

So, what to do with these neglected neckties? Repurpose them.

I had totally forgotten about my selection of corporate nooses until I received an email from Laura Martin from Ties That Matter.

Ties That Matter create reasonably priced and unique bags and pillows from neckties that are donated to the organisation. The company also employs women in need to make the creations and donates a percentage of its revenue to help finance support services for the homeless.

Zero waste, recycling and reusing materials, providing work to disadvantaged groups and plowing some of the returns back into the community – this is how more businesses need to work.

The creations Ties That Matter are all originals and look pretty good too: 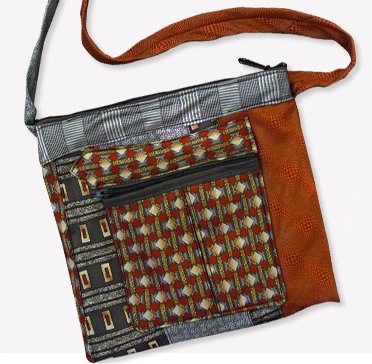 An interesting aside is Ties That Matter’s logo – the hummingbird. Mayan legend says the hummingbird was created out of what was left over after the other birds were made, so that there would be no waste. A very fitting mascot for a company like this.

If you would like to donate old ties to the company, you can get further information here. Ties that Matter can also provide posters and other promotional materials if you would like to organize a “Toss Your Tie” collection event,

Aside from bags and pillows, if you’re handy with a needle and thread, here’s some other ways people are breathing new life into neckties:

… you should be able to find instructions on making these items. If you don’t have enough ties, ask around, I’m sure you’ll find plenty :).

If you have any tips for repurposing ties you would like to share, please add them below.