Note from Michael: the following information was contributed by Naina Vaish, Evangelist and CEO of  Green N Brown. Attention green businesses, do you have a special coupon or discount offer you’d like showcased on Green Living Tips? Learn more here.

I recently came across an article debating that ‘organic food is not for everyone’. The primary argument was higher costs than conventional foods and that being the largest factor defining affordability –leaves organic food only for the upper and rich strata of the society.

We have a slightly different perspective. Let’s take a few steps upwards – yes upwards – unless we rise above our current situation it is difficult to peek into the future.

Is Organic need of the Future? Our 3 Arguments:

Argument 1: Globally, with rapid economic development, urbanization is increasing at a fast pace. Interestingly there is a significant correlation between urbanization and health issues (such as obesity etc). This is largely attributed to stressful lifestyles, dietary changes and unhealthy food consumption plus habits.
So what? One may wonder. According to the UN World Urbanization Prospects report; the global proportion of urban population rose dramatically from 13% (220 million) in 1900, to 29% (732 million) in 1950, to 49% (3.2 billion) in 2005. The same report projected that the figure is likely to rise to 60% (4.9 billion) by 2030.

Per the correlation we highlighted above, more urbanization will eventually lead into more food related health issues. This suggests adoption of preventive healthcare alternatives – embracing organics being significant here. 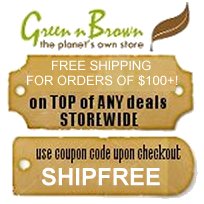 Argument 2: A growing population eventually means growing pressures on food demands the world over. With an estimated population of over 8 billion by 2030, the food demand is expected to surpass $30 trillion mark by the same year. This implies that the agricultural yields have to improve significantly to support larger food demands to feed the masses.

A study conducted by Environmental Health Perspectives in 2007 concluded that organic farming could produce enough food on a global per capita basis to sustain the current human population, and potentially an even larger population, without increasing the agricultural land base. The study also revealed that while in developed countries, organic systems on average produce 92% of the yield produced by conventional agriculture; organic systems produce 80% more than conventional farms in developing countries, because the materials needed for organic farming are more accessible than synthetic farming materials to farmers in some poor countries.

Argument 3: As the world enters an era in which global food production is likely to double, it is critical that agricultural practices be modified to minimize environmental impacts. Organic farming methods have smaller environmental footprint:

Worldwide, the organic food market is growing rapidly, far ahead of the rest of the food industry; upwards of 20% year on year. To put this in perspective:

This reconfirms that consumers, by and large, understand and appreciate the benefits of consuming organic food. This is a global phenomenon and the demands are equally strong and rising in the US as anywhere else.

According to the USDA, buying organic food may translate into an additional expenditure of $11-$50 per month per capita (on an average in America) on groceries as compared to conventional food purchase expenditure.

Certainly, organic food is more expensive as compared to the conventional food alternatives; nonetheless, the price differential may be attributed to a myriad of reasons:

As one will observe most of the reasons are situation specific and it is not hard to believe that in a market that is growing at 20% every year, commercial forces will level the price differential very quickly.

“Change needs to happen from the bottom up – it is the individuals who need to drive the Green Revolution in their everyday lives”. This is what we believe in strongly. Starting 2011, Green N Brown entered the Organic Foods and Beverages market offering a wide range of products to its customers. Organic food and beverages are now much easily accessible to everyone through our online store from the comfort of home and deliveries be taken at the doorstep.

Food is on Discount – Today and Always

To address the current concerns on higher costs of organic food, Green N Brown offers the entire range of its organic food and beverages products at discounts and price cuts on top of everyday low prices.

Remember – organic food is for everyone and it is here to stay.

Green N Brown, an E-Market for sustainable and low eco-impact products, is a one stop shop for Greener Future. At Green N Brown.com we provide the best information and enjoyable shopping experience to our eco shoppers by offering a wide range of GREEN (eco-friendly) and BROWN (organic), hence Green N Brown. We are committed to becoming the world’s most trusted brand of environmentally safe and responsible products for a healthy lifestyle. To know more please visit http://www.GreenNBrown.com.

On purchases of $100 and above, use the coupon code: shipfree – it will entitle you to free shipping on top of any existing deals that may be running at GreenNBrown!