I was watching a butterfly the other day, totally mesmerized. I enjoy watching the activities of many insects and animals, but I wondered why I found this butterfly’s antics so engrossing.

Then it dawned on me; it was because I haven’t seen one for months.

It’s amazing what we take for granted in the natural world, sometimes not even noticing that something’s gone until old memories are triggered, alerting us to the fact that something’s not right. We get so caught up in modern living, we quickly lose touch with the changes in our environment. 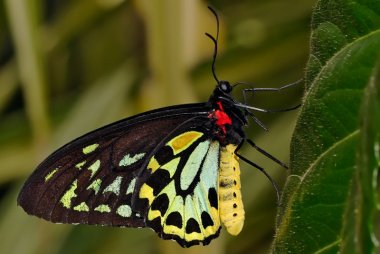 As a child, I remember seeing many butterflies of all sorts of varieties. There were so many that they hardly gave you pause for consideration, unless they were particularly large or grand.

Granted, I live in a different state now, and perhaps butterflies aren’t so prevalent here, but there’s over 27,000 species globally, so usually there’s a common butterfly variety wherever you are.

I’ve dug around the web a little and found that I’m  not imagining things – butterfly decline is real and a global phenomenon.

The problem is particularly severe in the UK, where 25% of all native butterfly species have declined by over 50%, and strategies to protect endangered butterflies are failing. Five species have become extinct in the last 200 years.

Butterflies perform a couple of important roles in the ecosystem. They are not only food for other creatures, but are also pollinators, much like the bee; assisting all sorts of plants in their reproduction. Without pollinators, biodiversity suffers through declining numbers of plant species.

What is causing butterfly decline?

The primary culprit of butterfly decline as usual is man. We destroy their habitats and the plants that a species of butterfly may be reliant upon. Global warming will further increase decline, changing habitats further and boosting temperatures to a point where the climate is not suitable for some species.

One particularly damaging practice is the clearing of hilltops. Many species of butterflies congregate on hilltops, especially in Australia, for the purposes of mating.

Pesticides are another major problem as are introduced predators, both insect and animal.

What can we do?

Something we can all do to help preserve butterflies starts in our own back yards and gardens; by selecting compatible plants. Adult butterflies feed on nectar from flowers and catepillars mainly eat leaves. Because butterflies can be quite picky, it’s important to have the right plants in order to attract them and provide the appropriate environment for breeding.

Given the range of species, it’s probably best to contact a butterfly association in your country, who will most likely be able to point you in the right direction for advice in your area.

– In Canada, the Canadian Biodiversity Information Facility has a section dedicated to butterflies.

– In the UK, Butterfly Conservation seems to provide some amazing resources

In Australia, the Department of the Environment and Water Resources is a good place to make initial inquiries.

For other countries, run a search on:

.. where “yourcountry” is the name of the country you live in.

The conservation of butterflies is an important issue – not just an aesthetic one. A third of humanity’s food supply depends on insect pollination, so the issue of butterfly decline and the loss of other pollinator insect species has huge implications for humans also.