I remember my parents often saying “sleep tight and don’t let the bedbugs bite”. I thought it was quite funny and that bedbugs, like the bogeyman, were just another adult-created myth. It turns out that bed bugs are very real and a problem that’s been quietly growing over the last few decades.

What are bed bugs?

A bed bug is a small insect growing  4 – 5 mm (1/8th – 3/16th of an inch) in length that feeds on the blood of humans and other animals.  As its name suggests, it frequents mattresses and other cushioned furniture. Bed bugs are not strictly nocturnal, but are more active at night.

Bed bug bites are often very itchy and the itchiness tends to last longer than mosquito bites. In rare cases, allergic reactions to the bites may cause nausea and illness. However, the itchiness can often cause insomnia and some people may get skin infections from scratching the bedbug bite. 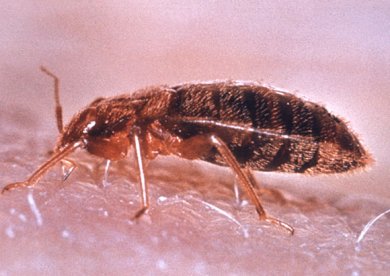 Bedbugs were believed to be eradicated 50 years ago in many countries; but are now re-appearing at an alarming rate.

New York has been particularly hard hit. According to a New York City Bed Bug Advisory Board April 2010 report, In 2009, 311 (New York City’s Web site and phone number for government information and non-emergency services)  received 33,772 bed bug-related inquiries, up from 21,922 in 2008 – an increase of 54%. There were 426 confirmed bed bug cases resulting in treatment in 243 New York City public schools in FY 2009, twice as many as the preceding year.

Why the sudden bedbug re-emergence?

Bed bugs were pretty much wiped out due to extensive use of DDT. Unfortunately, DDT wasn’t only effective on bed bugs; it also had negative effects on humans and other creatures too. It was banned for the most part in the USA by 1972, but even over 35 years on it can still be found in animals. Many of the other pesticides used for controlling bed bugs are also now banned or restricted due to human and environmental health issues.

The banning of DDT isn’t the only reason – some believe it’s just an issue of awareness having decreased.

So how do you get rid of the little suckers?

Getting rid of bed bugs – the green way

You may need professional services and pesticides, but perhaps try these more environmentally friendly ideas first; particularly if the infestation isn’t too bad. These tips seem to be the strategies mentioned the most around the web.

The first thing you should do is wash your bedding and dry thoroughly in a hot dryer (or dry clean woollen items). Infested areas should be vacuumed thoroughly, including the mattress and all furnishings.

The more furnishings and junk you have in a room, the more hiding spots you provide; so clear up clutter.

Being so small, any nook or cranny can become a hidey hole not just for bed bugs, but also their eggs; so seal all holes, gaps and cracks.

Mattress bags can be used to smother existing infestations and to prevent new instances occurring. The mattress bag should be checked regularly for tears, which can then be taped over. Pillows should also be similarly encased.

A moat for your bed

After dealing with any current infestation, bed bugs can be discouraged from future attacks by pulling a bed away from the wall, ensuring that bed linen doesn’t touch the floor and placing frame legs into dishes of fluid such as tea tree oil to create a protective moat.

It seems that bed bugs can be killed with temperatures above 60 degrees Celsius (140 degrees Fahrenheit) so steam cleaning carpet, furniture and drapes is now widely used to kill bed bugs and their eggs.

These dusts may not include insecticide as such; but ingredients such as borax or silica powder. They work by rubbing off the bed bugs shell and drying the insect out. They can be applied in cracks and crevices and along baseboards.

Have you had a bedbug infestation you’ve overcome using environmentally friendly means? Please share your tips below!